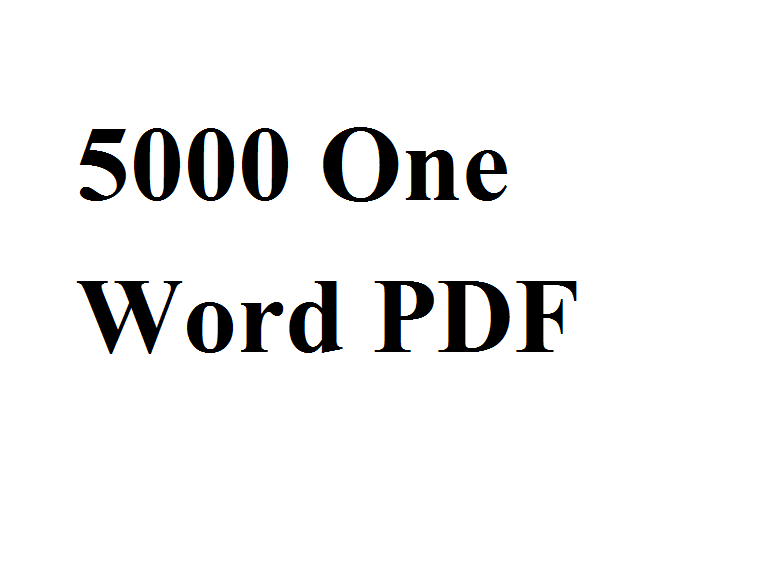 One word substitution is an important part of SSC English. Those candidates are preparing for SSC CGL, CPO, CHSL read them carefully One Word substitution. In the SSC CGL, mains exam contains 12 marks and sex marks in pre-exam.

In the SSC CGL 2018 exam, one-word substitution plays an important role in the English subject. So those preparing for SSC CGL 2018 read this One Word. In this blog post, we are sharing one-word PDF with Hindi meaning.